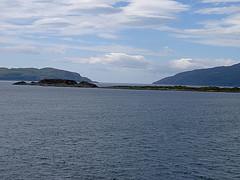 Arabic weekend in Frankfurt to the taster. Frankfurt am Main, 12.08.2013 – businesses in the Gulf region, especially in the KSA Kingdom of Saudi Arabia and United Arab Emirates in the UAE United boom continue – for more than 40 years. It attracts many German organisations, companies and businessmen and individuals increasingly after Abu Dhabi, Dubai, Doha, Manama, Muscat or Riyadh and Jeddah, to make there successful businesses or finding professional success at local businesses. English is widely used in the Gulf region and local business partners may have because many of them usually at least a few scraps to good English, also in Europe or America studied. However, good interpreters needed are long and difficult negotiations, which are limited to specific areas. A direct communication is not possible, because both partners communicate in their mother tongue, but the common second language English.

Linguistic misunderstandings and intercultural False conclusions in logic can occur more frequently. They are even on the agenda. Despite the strong influence of the Western world and the advance of the English language, Arabic is still the undisputed national language in the Gulf region. Priceless bonuses can, however, have Europeans for themselves, if they can some words, simple phrases and sentences in Arabic. A warm and open communication at eye level is enabling and foreigners get the due respect of their local business partners. Arabic is the fourth most commonly spoken language in the world, spoken by about 340 million people as a first or second language in more than 24 States (Mashreq, North Africa and Gulf region). Arabic is regarded as analytic, although not as a simple language. After relatively short study time (3-6 months) you can who use simple sentences and phrases, recognize car signs, read road signs or reasonably rightly found in everyday life. When the Arab weekend on August 24-25 in Frankfurt am main Interested get a first overview of life and work, behavior and mentality as well as the current situation in Arabia especially in the Gulf region.